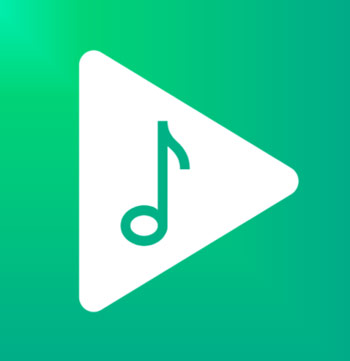 A life without music it’s not a life worth living. We don’t know who coined the phrase, but we can certainly relate to it. Music is wired on our systems; there is not a single soul in the world that hasn’t been touched by music at some point, that’s why everyone loves it. We listen most of the music we consume on our smartphones these days. We download a music player from the Play Store, and we are set to get the best music experience we can offer to our senses. There are a lot of music apps in the Google Play Store, but only the Musicolet Music Player stands out above the rest.

Forget About fancy Looks, Just think About the Music

Musicolet is one of the lightest and most powerful music players found online in 2019. The interface is incredibly user-friendly and offers all the essential music playing features. The lightweight of the app on the Android system usually takes many people off guard. No one expects such as small package to do so much. Musicolet is capable of handling multiple queues. This makes it possible for the app to manage one queue as you listen to the songs from a different one. You can top the queues at 20, but we don’t think anyone can handle that much music in one sitting.

Musicolet stands out of the rest for two features, as you probably guess the ability to manage multiple queues is one of them. The other one is how minimalistic the app actually is. We are not talking about the space the app occupies in the internal memory of your Android device. We are talking about the simple design that allows such easy navigation. Everything you need to know about the songs on a queue is there: name of the queue, containing folders, the name of the albums, name of the artists, name of the playlists, etc. All that is placed on a single row that I easy to read.

More features That Any Music App Out There

Musicolet is also the only Android Music player to showcase unique features such as embed lyrics, .lrc file support, an editor for tags and to handle the art of the albums. You can also use it as a sleep timer, but we don’t recommend using your favorite song to wake up (you will end up hating it). There is an option to fast forward songs using the earphone controls, an excellent gallery of widgets to customize the look of the app on your smart device, as well as a lock screen. You can also find a multi-select feature, the option to customize the sorting of your songs, the ability to zoom in album art of a song playing, as well as the option to save it your gallery. The app never asks for licenses or agreements, so there are no ads on it.

Given how lightweight Musicolet is, and the number of functions it has, it’s hard to find faults on this app at all. Maybe the lack of more options to customize the general outlook of the app could be pointed out, but that would cherry picking. This is truly one of the best apps to handle Music in Android devices, and it’s completely free and available in the Google Play Store.